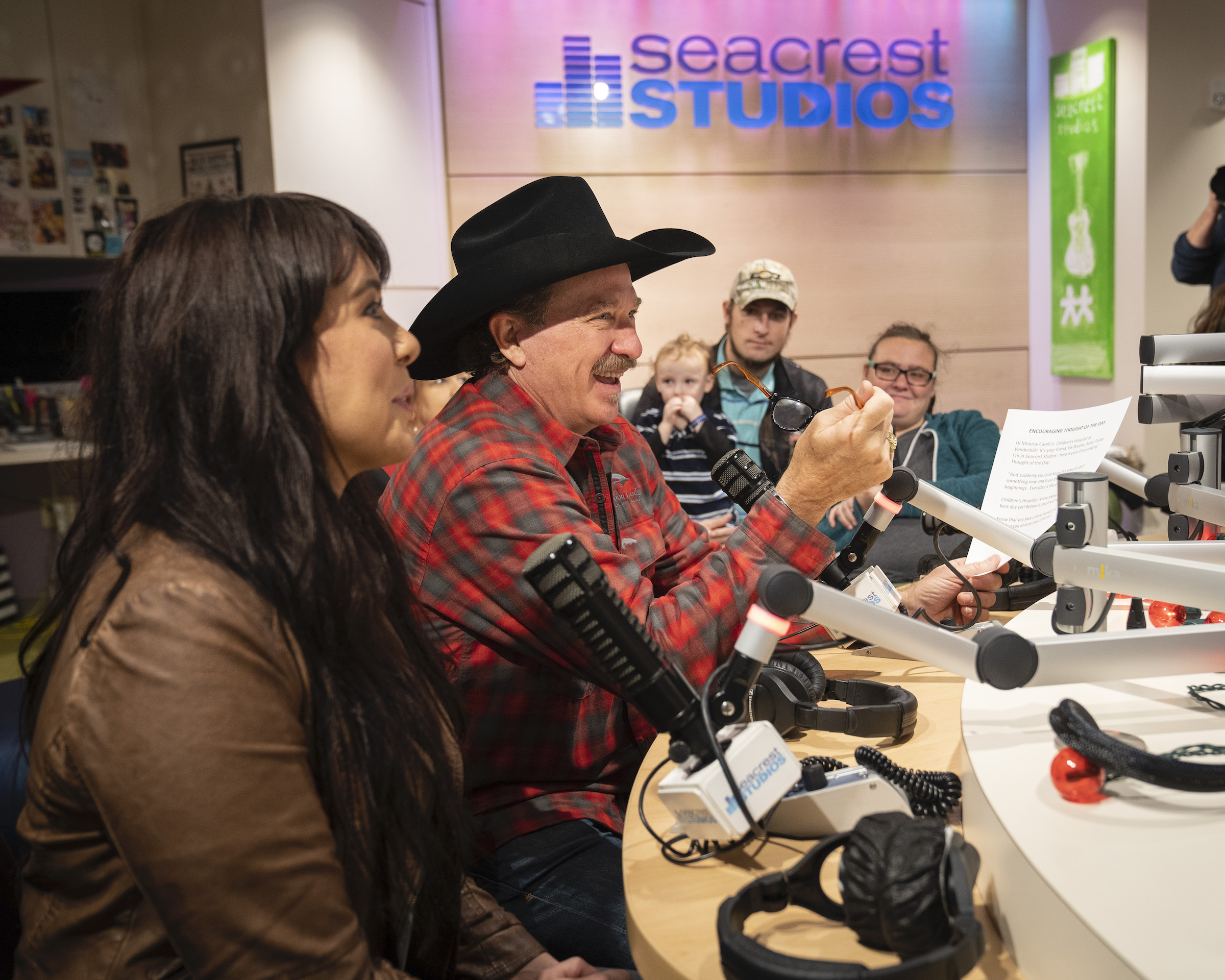 The Brooks that makes up half the country duo, Brooks & Dunn - the best-selling duo in the history of country music - made a stop by Seacrest Studios during the holidays to spread a little Christmas cheer. With more than 30 million records sold, more than 75 major industry awards won, and 20 number one hits, Kix Brooks came to talk, not about awards and accolades, but about things that unite us all during the holidays.

He was welcomed to Monroe Carell Jr. Children's Hospital at Vanderbilt by a studio full of excited patients and families - and country music lovers! The country singer came with guitar in hand ready to sing some Christmas favorites - like Rudolph the Red-Nosed Reindeer! He told us about his plans to spend the holidays in his home state of Louisiana and that he was going to be cooking for Christmas! Kix addressed the crowd in the studio and encouraged patients who were watching from upstairs to stay brave.

Brooks & Dunn had a record year! The duo was inducted into the Country Music Hall of Fame and a new album release earned them a Grammy nomination.  Kix talked to patients about working on the album with artists like Luke Combs and Kacey Musgraves.

We got to hear some of Kix's incredible stories like the time Merle Haggard strummed a few notes on the first guitar he ever owned.  Kix spoke of the importance of having a musical mentor - something Brooks himself is serving as now.  He brought singer/songwriter, Jenna LaMaster, with him and she helped him sing Jingle Bells with the studio audience.

Kix has been a champion of children for many years - and we are grateful to have him as a champion for Seacrest Studios!