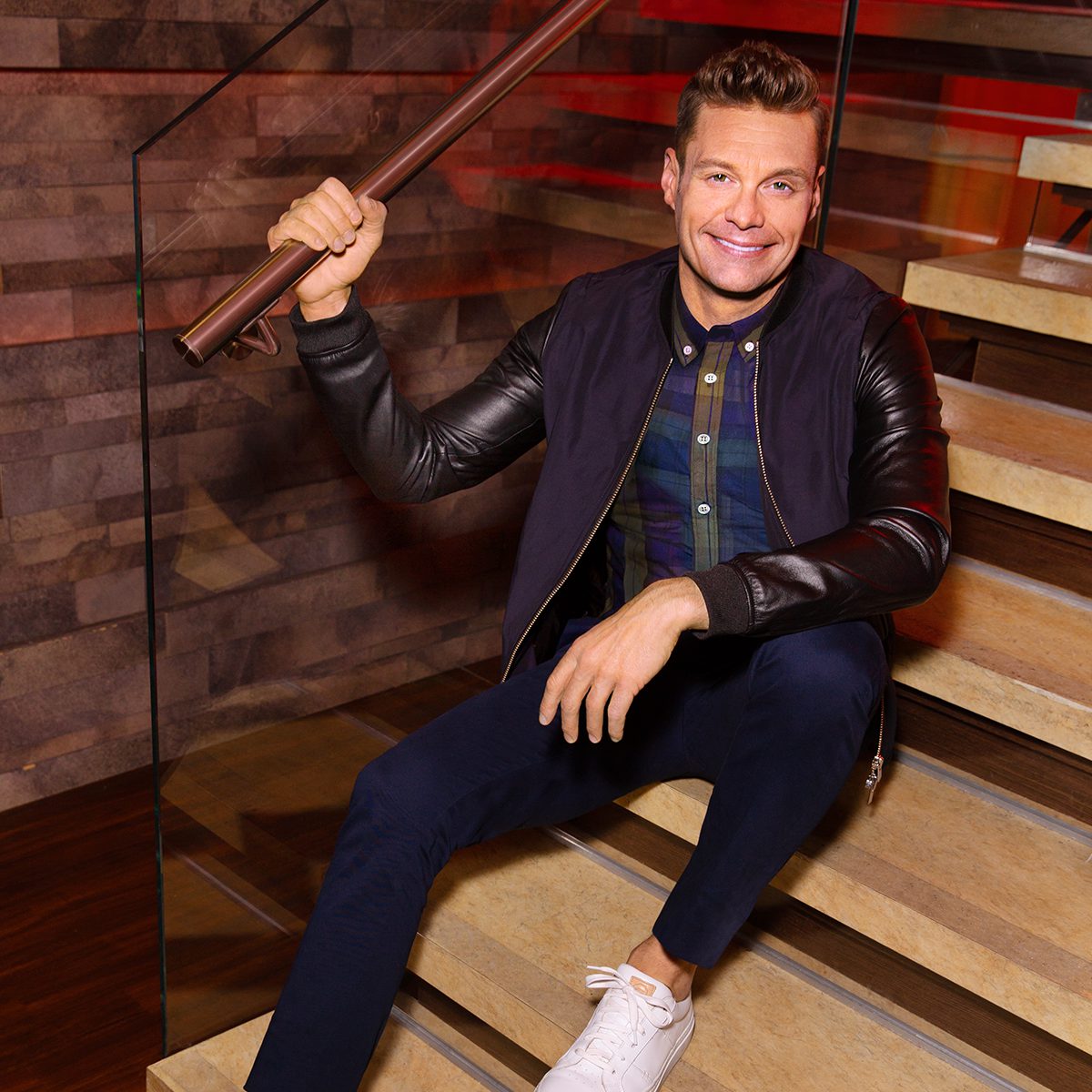 As one of the most recognizable and trusted voices in media today, Seacrest is also the host and producer of the #1 Los Angeles morning drive-time show for iHeartMedia’s 102.7 KIIS-FM, the nationally syndicated “On Air with Ryan Seacrest” and “American Top 40 with Ryan Seacrest.”

For 20 seasons, Seacrest has hosted television’s ground-breaking singing competition series, ABC’s American Idol, and earned several Emmy Award nominations for his work on the show. The show will return for its 21st season in 2023. Additionally, Seacrest continues to be a television fixture as the host of the annual live broadcast of “Dick Clark’s New Year’s Rockin’ Eve With Ryan Seacrest” since 2005.

Seacrest launched his Emmy award-winning company Ryan Seacrest Productions in 2006.  Since then, the production banner has been behind countless hit series including E!’s Keeping Up With The Kardashians, and its spinoffs, as well as E!’s E! Live From The Red Carpet, Netflix’s Insatiable, NBC’s Shades of Blue starring Jennifer Lopez, and the Emmy Award-winning series Jamie Oliver’s Food Revolution for ABC. Currently, Ryan Seacrest Productions has several scripted projects in development, including the recently announced mystery series, The Watchful Eye, that is premiering on Freeform in January 2023.

Seacrest’s philanthropic efforts include serving as chairman of the Ryan Seacrest Foundation (RSF), which has successfully installed ten broadcast media centers – Seacrest Studios – in pediatric hospitals nationwide, with two more to open in 2023. He also serves on the board of the Los Angeles County Museum of Art (LACMA), and on the board of trustees of the Paley Center for Media. 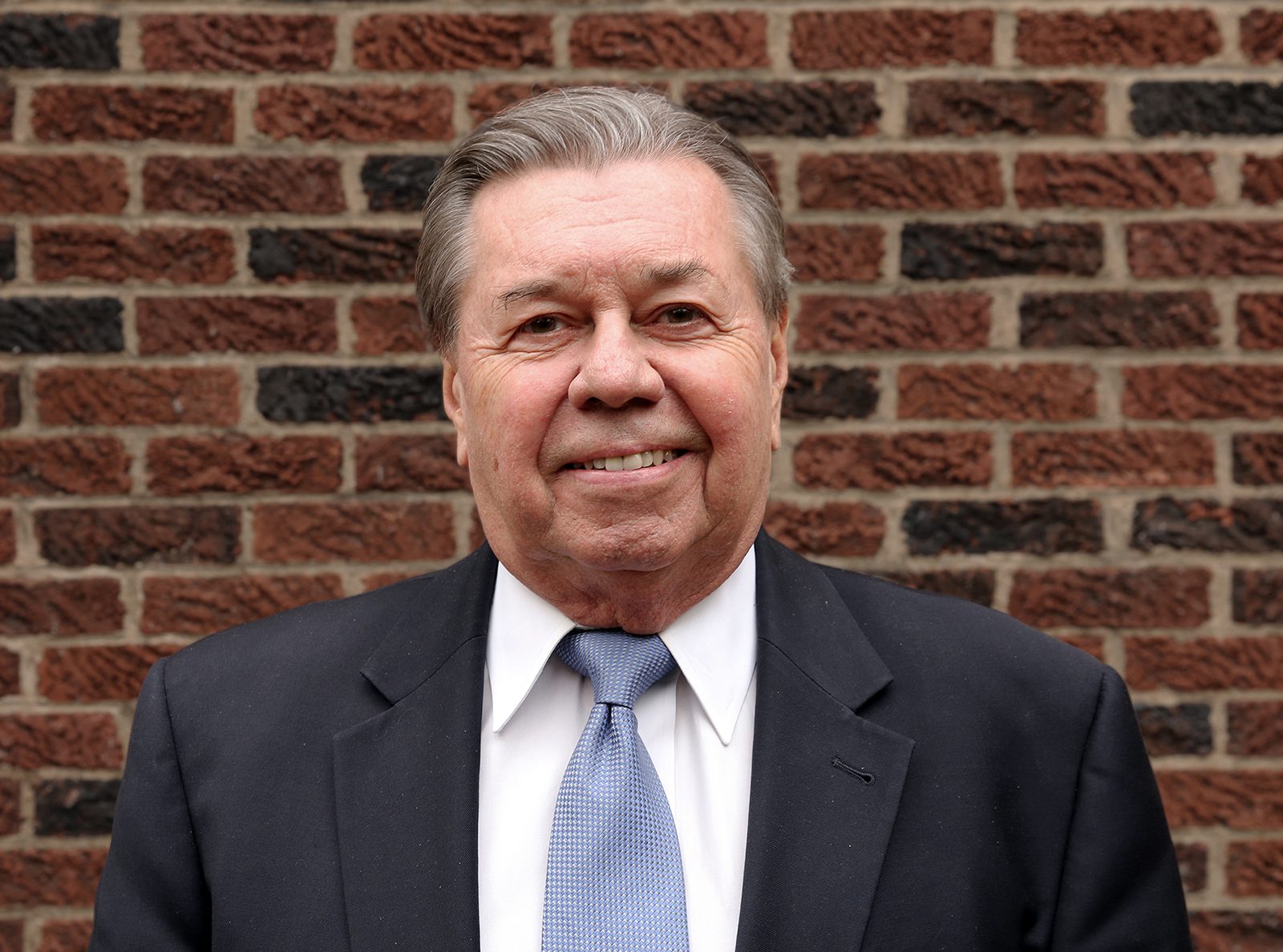 Gary Seacrest is the President & CEO for the Ryan Seacrest Foundation. When Ryan decided he wanted to start his own foundation back in 2009, he asked his father Gary if he could help him create a non-profit organization. With the guidance of what has become a longtime partner, The Coca-Cola Company, Gary successfully established the Ryan Seacrest Foundation. Starting the foundation from the ground up, he has held a significant role in developing the concept, design and build out of Seacrest Studios in children’s hospitals across the country. Prior to working with the foundation, Gary served as a leading attorney in the state of Georgia, practicing for over 30 years and running his own law firm. Gary’s current role oversees all legal matters for the foundation, where he uses his expertise to negotiate agreements with hospitals, vendors, corporations and more. Personally, Gary enjoys traveling to visit the various Seacrest Studios across the country and loves working with his family to help others. 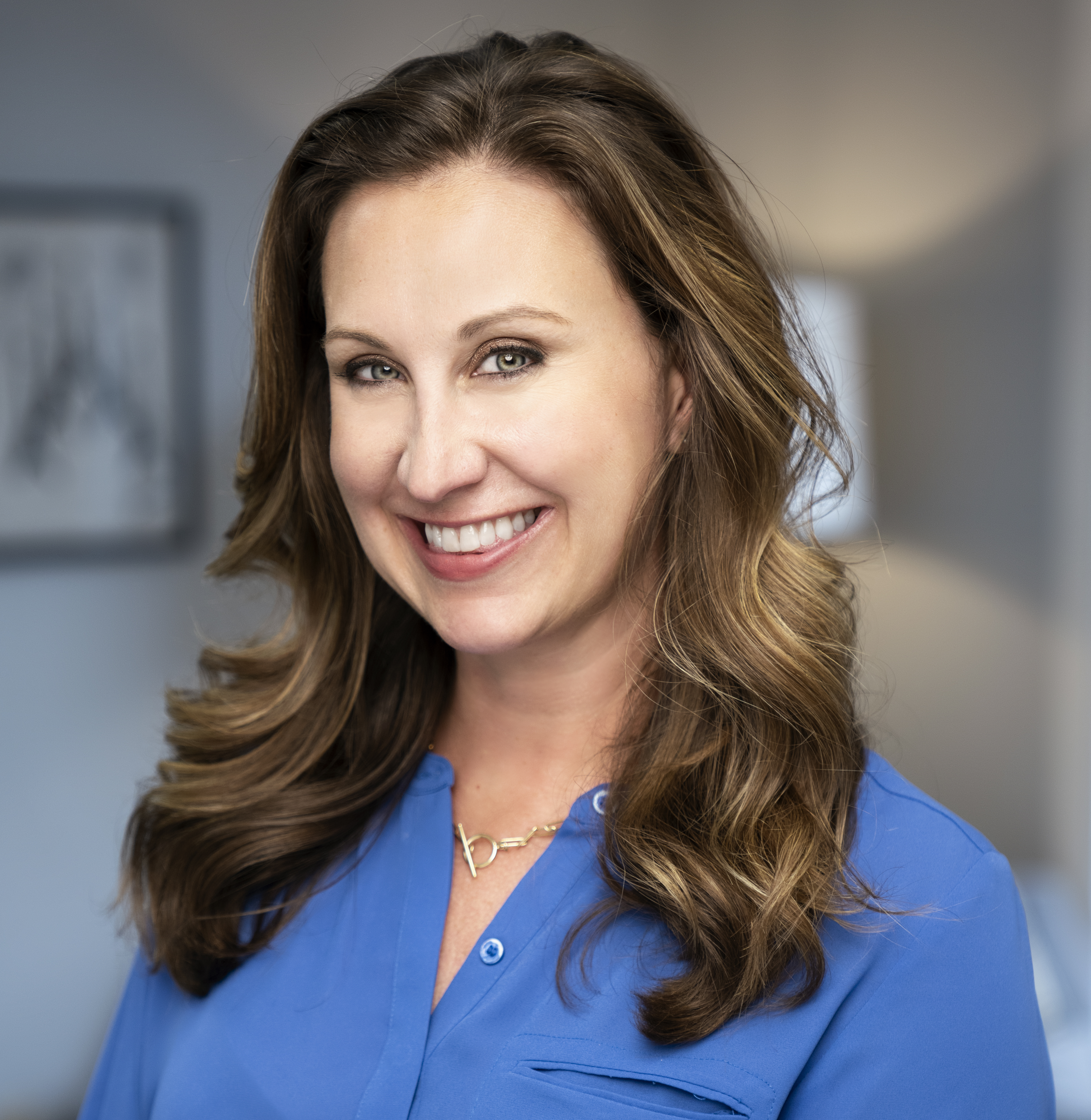 Meredith Seacrest Leach is the Executive Director & COO for the Ryan Seacrest Foundation. She was a driving force behind the conception and development of the foundation since its inception in 2009. In her current role, she manages and cultivates relationships with key partners and donors in entertainment, healthcare, education and technology, while strategizing financial campaigns and programs to help continuously advance the organization. Prior to overseeing the foundation, Meredith was the Director of Creative Affairs at Reveille, now known as the production company EndemolShine North America. Some of the programming she was responsible for included Nashville Star, MasterChef and The Buried Life. She also worked in hospitality public relations, managing several luxury resort accounts at the agency Murphy O’Brien and worked as the Manager of Communications at Entertainment Tonight and The Insider, where she oversaw national press for two top entertainment news programs. Meredith attended the University of Georgia, receiving a B.A. in Journalism from the Grady College of Journalism and Mass Communication. In her free time, she enjoys traveling, hiking and cheering on the beloved Georgia Bulldogs as well as serving on several non-profit boards supporting youth, music and education initiatives. 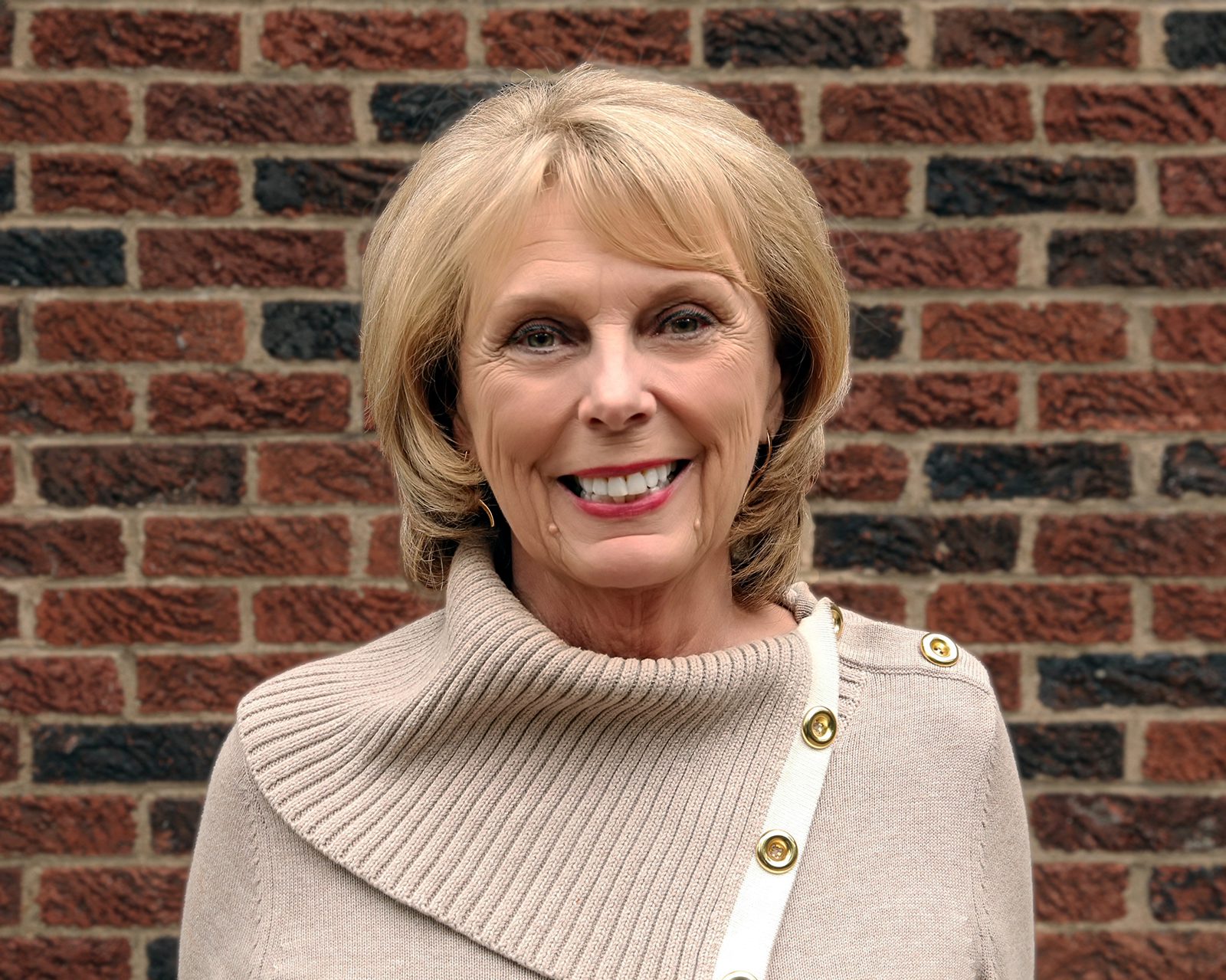 Connie Seacrest is Vice President of Community Affairs and Hospital Relations for the Ryan Seacrest Foundation. Living in Atlanta where Ryan and Meredith grew up as kids, Connie continuously engages in her local community. She visits the Seacrest Studio at Children’s Healthcare of Atlanta frequently to meet patients, thank celebrity guests and speak with the interns who assist in the day-to-day management of the studio. Connie also travels to check in on the various studios across the country, ensuring they receive the support they need and operate to their best potential. It is truly moving for Connie to listen to parents share their stories about how a studio has positively impacted their child’s recovery.  Their journeys inspire her to continue lifting the spirits of as many families as possible. In her free time, Connie enjoys playing tennis and spending time with her two children, who she refers to as her chickens. 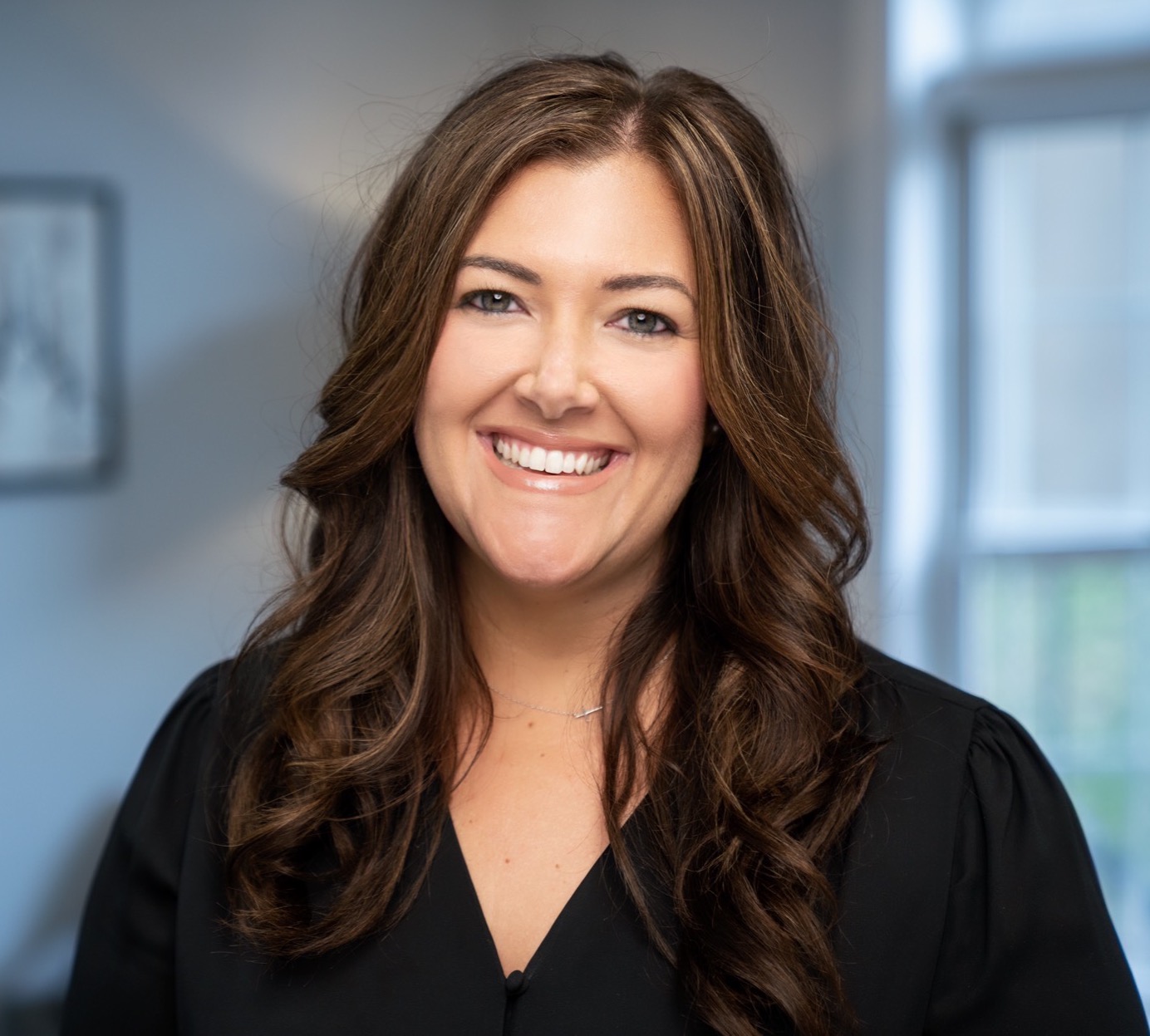 Nicole Mead is the Vice President of Business Development and Operations for the Ryan Seacrest Foundation. She joined the team in November of 2017, after working for several U.S. News and World Report ranked healthcare institutions. Nicole’s primary responsibilities for the foundation include building and managing relationships with donors, corporations, hospitals partners, vendors and the entertainment community. She holds a B.A. in Communication from Washington State University and a Master’s Certification in Non-Profit Management from the University of Washington.

Nicole is passionate about bridging the worlds of pediatric healthcare and entertainment and finding ways to create the greatest impact for both groups. She brings with her a background in strategic planning, cause marketing, digital marketing, signature events, database management and leadership coaching. Nicole enjoys spending her free time traveling, exploring the National Parks system, attending live music events and volunteering with a handful of Nashville non-profits. 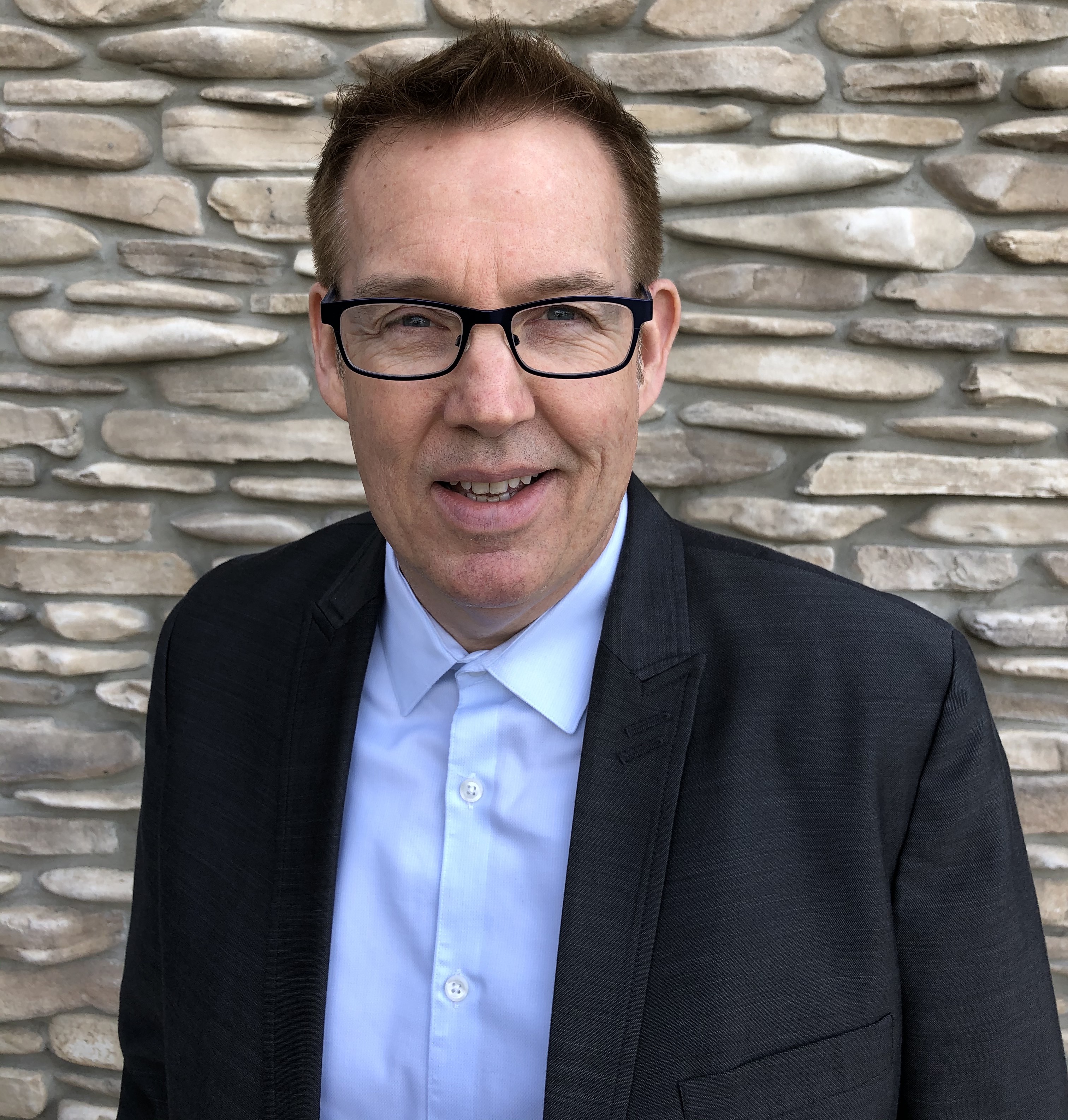 Brian Clark is the Director of Engineering for the Ryan Seacrest Foundation. He is the technical lead for the construction and maintenance of each studio. Brian has worked as Ryan’s personal engineer since Ryan was 19 years old. Brian has supported Ryan through the development of his radio and TV career, supporting his travels for American Idol and the 2012 London Olympics.  Brian has enjoyed technology since he was five years old. He developed a laptop-sized satellite system to allow American soldiers the ability to speak with their loved ones from military bases and aircraft carriers all over the world.  Brian is also an amateur radio operator and recently made radio contact with the International Space Station, as it travels 17,500 MPH at 250 miles above the earth.  Brian enjoys seeing how he can use technology in a manner that will enhance entertainment at each of the Seacrest Studios, helping to make patient stays as enjoyable as possible. 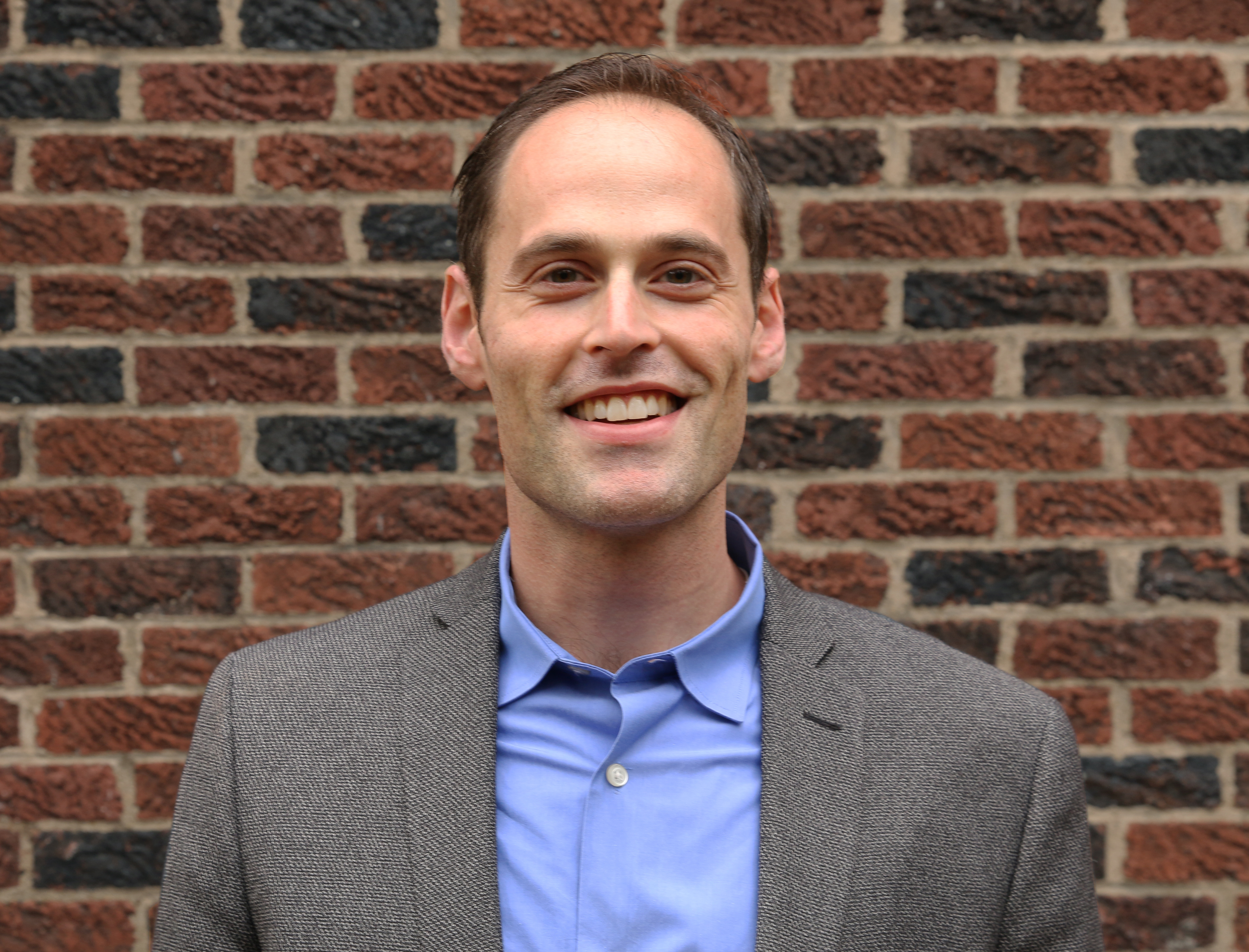 Jeffrey Paris is the Manager of Talent Relations for the Ryan Seacrest Foundation. Jeffrey has always had a passion for the entertainment industry and helping others. He first worked in entertainment during high school, interning for a nationally-syndicated radio program. Upon graduating from Quinnipiac University, he was named producer of the program. After five years with the program, Jeffrey went back to college earning a Master’s Degree in Education. Finding a way to combine his love of the entertainment industry with his passion for youth, he joined the Ryan Seacrest Foundation in 2013. Jeffrey’s favorite aspect of the job is hearing patients ask celebrities fun questions like, “Does Ed Sheeran put color in his hair?” During the opening of Seacrest Studios at Boston Children’s Hospital, Jeffrey met his future wife Melissa! The couple lives in Boston and Jeffrey spends his free time cheering on his beloved New England Patriots. 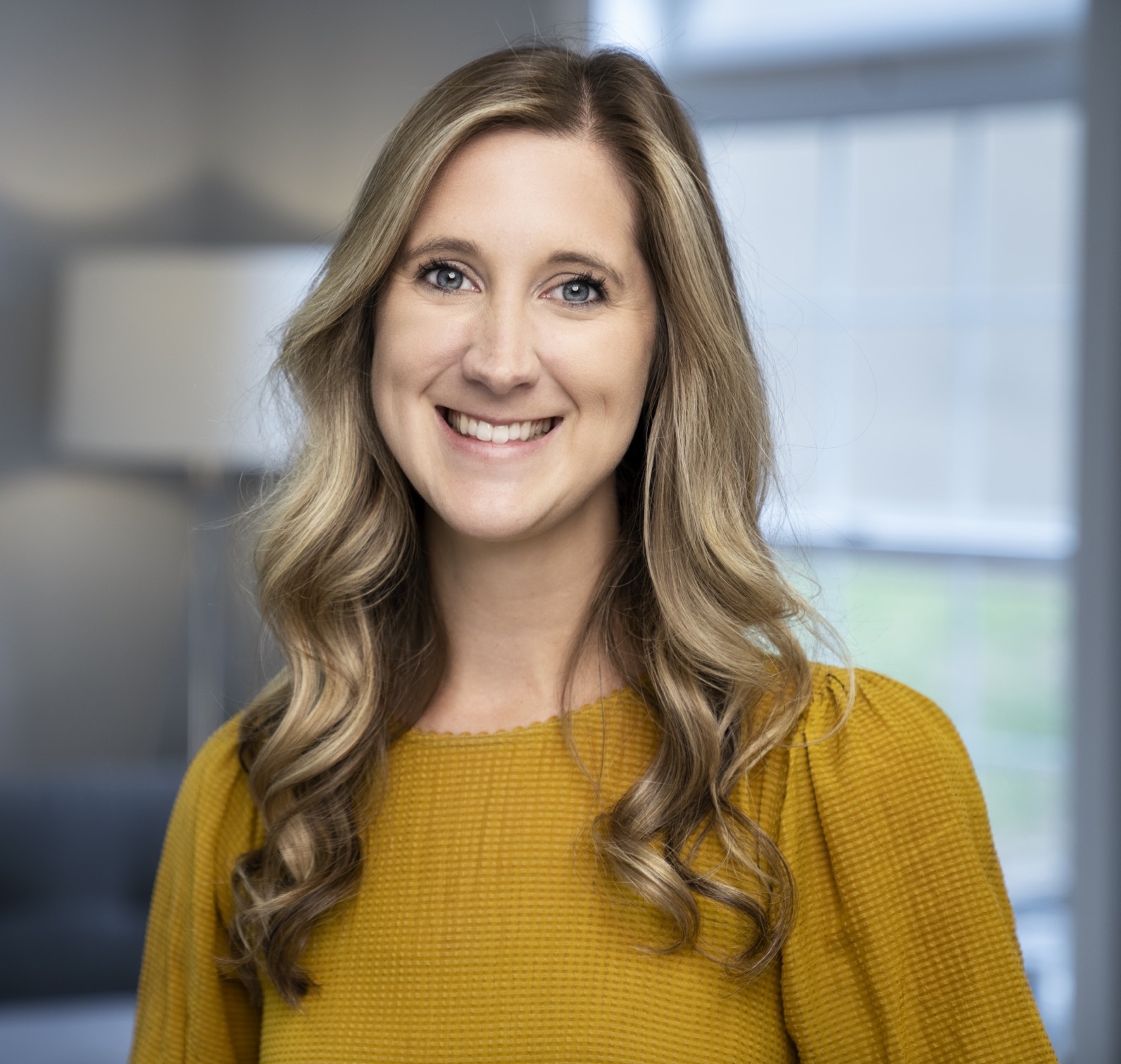 Katie Klochany is the Digital Strategy and CRM Specialist for the Ryan Seacrest Foundation. She joined the team in May of 2018, following internships in Seacrest Studios at Levine Children’s Hospital and Monroe Carell Jr. Children’s Hospital at Vanderbilt. Katie’s primary responsibilities include management of the foundation’s social media accounts and blog, as well as development of creative assets. She brings with her a background in digital marketing, video production, content creation and social strategy. Prior to her role with the foundation, Katie was a Content Coordinator at Wander Creative. In an age where content is king, she aided clients in creatively engaging audiences through dynamic videography, editing, graphic design and long-term strategy. Katie is always up for trying a new Nashville restaurant, particularly one with a patio for her golden retriever Lucy. 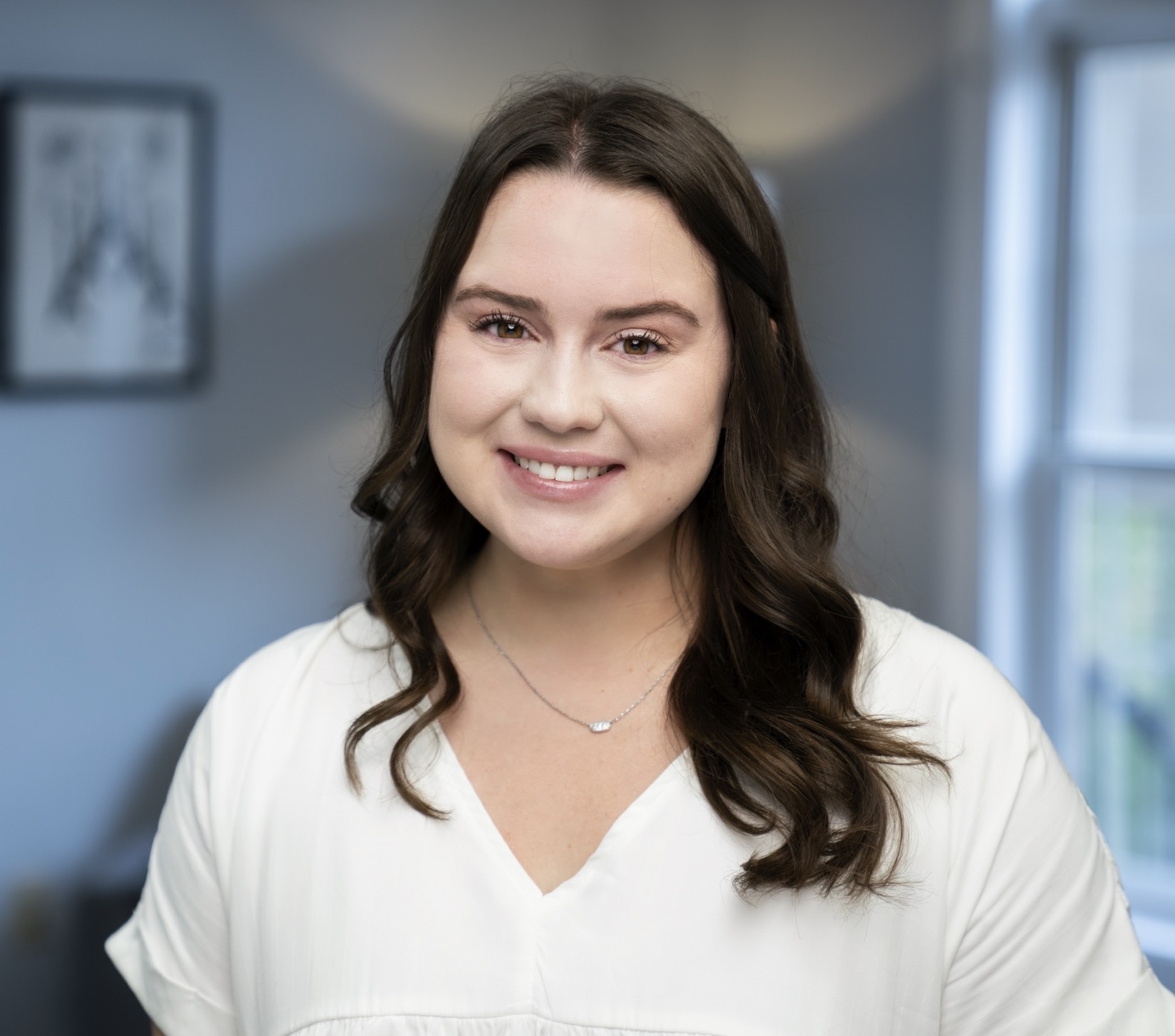