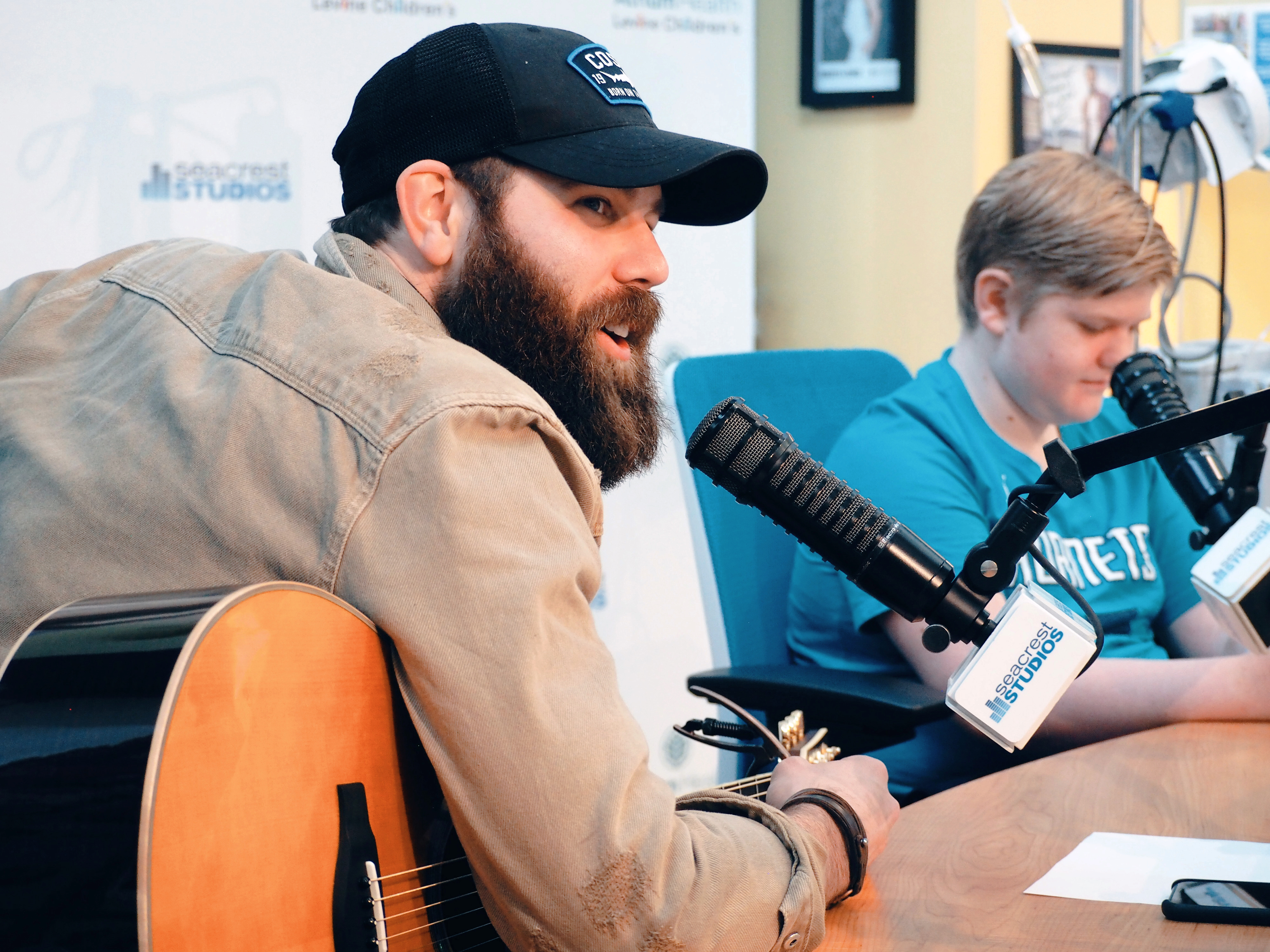 “We are so thankful to have Jordan join us as a Celebrity Ambassador! Over the last few years we have been amazed by his ability to bring smiles to children and teens in Seacrest Studios – even in the toughest of circumstances,” said Meredith Seacrest, Executive Director & COO, RSF.

As a Celebrity Ambassador for RSF, Davis will support the foundation by creating awareness, visiting patients and their families in multiple studio locations across the country, raising funds through special experiences and providing giveaways to Seacrest Studios.

“I am beyond honored to be the newest ambassador for the Ryan Seacrest Foundation,” Davis shared. “It’s been so rewarding to visit the different hospitals all over the country and spend time with the amazing kids and their families as well as the incredible doctors and nurses. They are all fighters and I hope I can bring them just a little joy with my music.”

Davis has already visited four Seacrest Studios, including CHOC Children’s, Monroe Carell Jr. Children’s Hospital at Vanderbilt and just last weekend, Levine Children’s and Children’s Healthcare of Atlanta. He also recently launched an online auction via Charitybuzz where fans will have the opportunity for a meet-and-greet and behind-the-scenes experience, with all funds raised supporting RSF.

Other current Celebrity Ambassadors for the foundation include Charlie Puth and Sabrina Carpenter and past ambassadors included Selena Gomez and Nick Jonas.

RSF relocated from Los Angeles, CA to Nashville, TN in 2017, settling in on Music Row.

About Jordan Davis:
MCA Nashville’s Jordan Davis has been named an “Artist to Watch” by Billboard, Rolling Stone, CMT, Pandora, Shazam, Amazon Music, Sounds Like Nashville, The Tennessean, SiriusXM, Whiskey Riff and more. A Native of Shreveport, Louisiana, Jordan graduated from LSU and briefly pursued the path of his degree working as an environmental consultant; however, his passion for music and songwriting eventually compelled him to move to Nashville in the summer of 2012. Jordan’s debut album Home State has accumulated almost 1 billion streams worldwide and features his current Top 10 single “Slow Dance In A Parking Lot” as well as two recent back-to-back No.1 Platinum-Certified hits “Singles You Up” and “Take It From Me.” In 2019 Jordan won Best New Country Artist at the iHeart Radio Music Awards and was a nominee for ACM New Male Artist of the Year. He was also named Billboard’s Top New Country Artist of 2018 as well as Country Aircheck/Mediabase’s Most Heard New Artist of 2018. The hitmaker just released a new collaboration with GRAMMY-nominated artist Julia Michaels titled “Cool Anymore.” The track was written by Jordan and Julia along with Nicolle Galyon, Ross Copperman and Emily Weisband. The singer/songwriter has previously toured with the likes of Rascal Flatts, Jake Owen, Kip Moore Brett Young and Old Dominion. On Jan. 10, 2020, Davis kicked off his headlining Trouble Town Tour and will hit over 20 cities including New York, Los Angeles, Atlanta and Denver with up-and-comers Kassi Ashton and Hailey Whitters on select dates. For additional information, visit www.jordandavisofficial.com.