Mega-talented stars, Evan Ross and Austin Brown, rocked our world while on a concert tour stop in Nashville! Emerging from the Diana Ross and Michael Jackson musical dynasties, Evan and Austin are paving the way into 2019 with music that we can’t get enough of!  It is a blend of their own individual style and creativity coupled with a nod to their heritage.  We couldn’t help but be amazed by the stories they shared, the music they performed, and the love that they spread in Seacrest Studios at Monroe Carell Jr. Children’s Hospital at Vanderbilt.

Growing up as childhood friends, Evan and Austin told us that this tour (which they are on with Evan’s wife, Ashlee Simpson Ross) has been a full-circle moment for them.  They dreamt of performing and touring together as young boys.  With the encouragement of their families, and the influence of Michael Jackson and Diana Ross, these two have evolved into charismatic performers who draw crowds wherever they go.

Evan not only sings, but is also an award-winning actor we have come to love in films like ATL, 96 Minutes, Life Support, and Hunger Games.  Many know him as Charlie on 90210 and Angel Rivera on the Fox drama, Star. He has a fun side too – we found out that Evan has a love for hot sauce – perfect in a city known for it’s hot chicken! 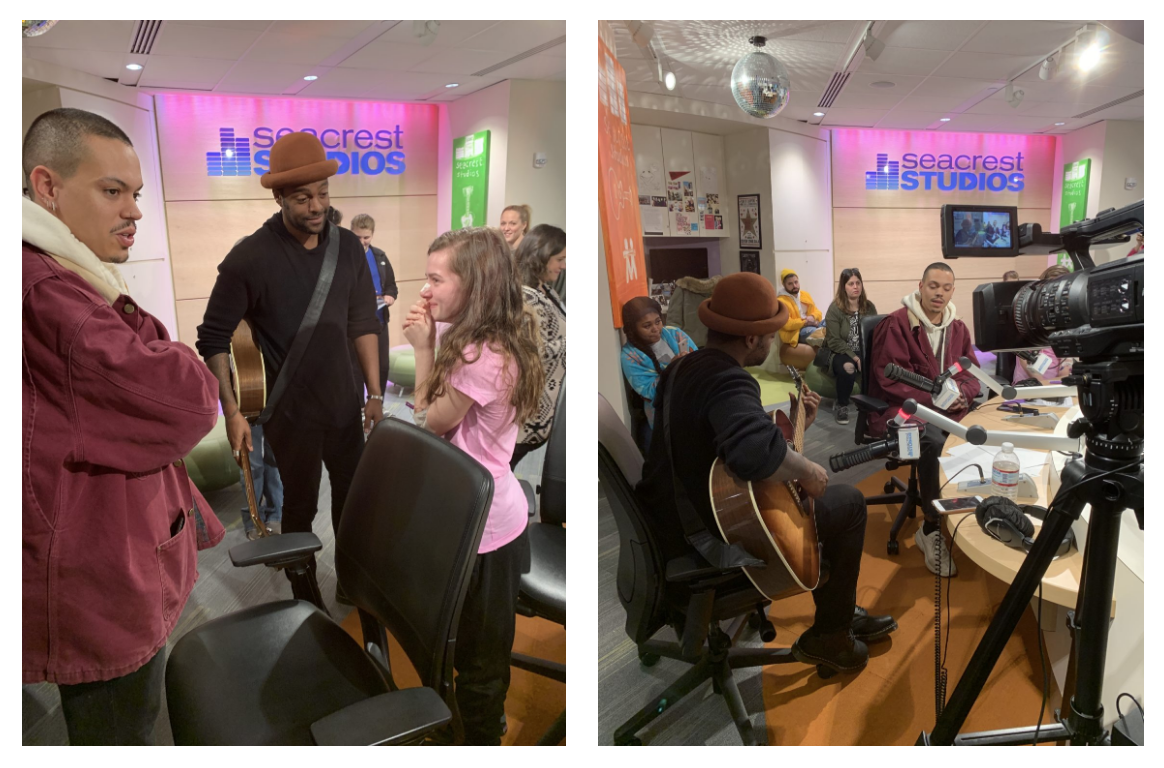 Singer-songwriter and producer, Austin Brown, is Evan’s opening act on tour.  Austin has an international following and has collaborated on a myriad of musical projects and programs. While with us, he talked about the admiration he has for his uncle, the legendary King of Pop, Michael Jackson, saying Jackson was a “heart” person.  We saw that Austin has that same “heart” as he encouraged patients to remain authentic to who they are.  Breaking out his guitar, named on the spot after a patient in the hospital, Austin played and sang with Evan to the delight of our friends in Seacrest Studios! 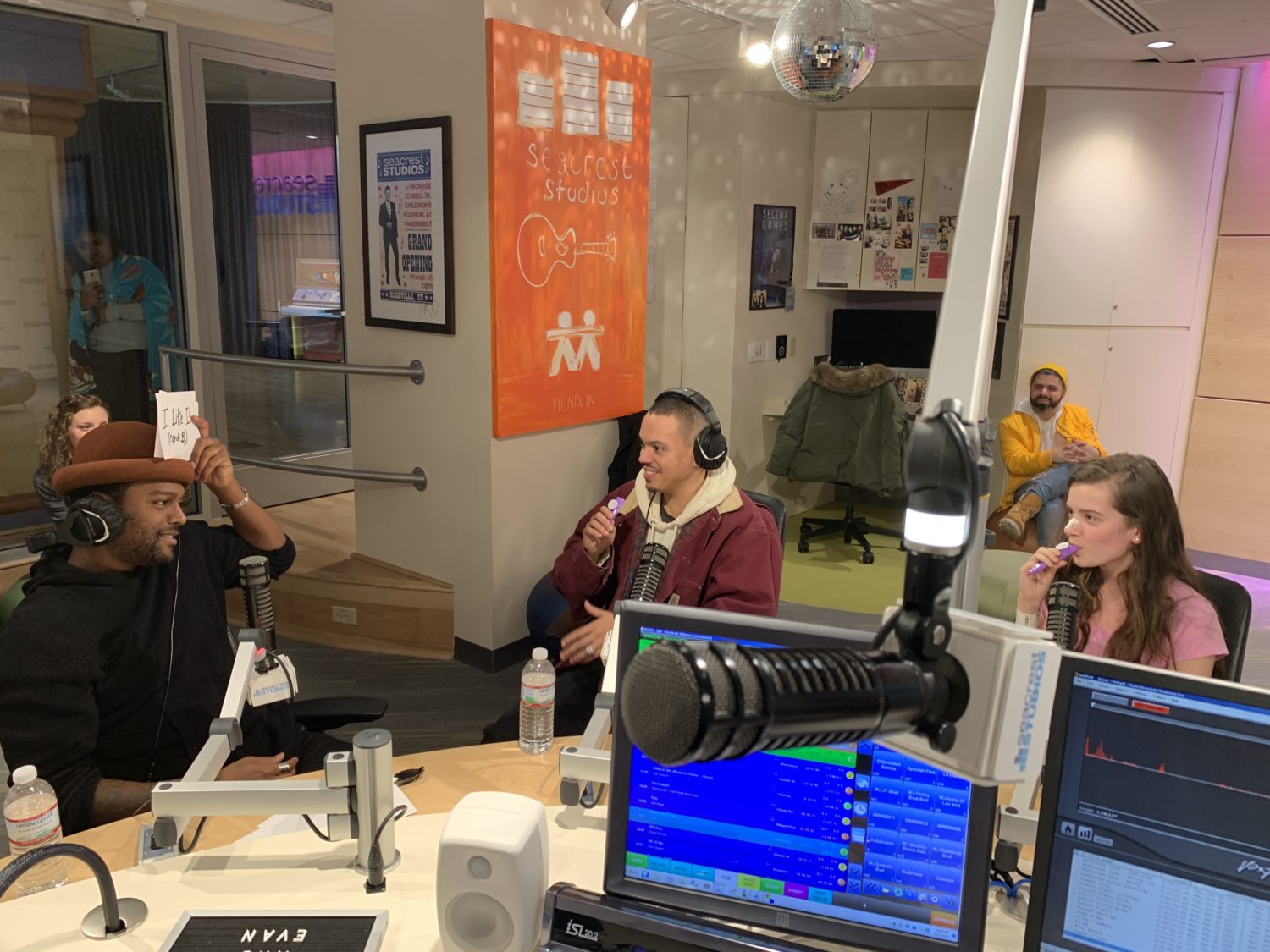 We couldn’t let this fun pair leave without playing a musical game with our patients!  It will give you a giggle to watch their attempt at “Heads Up” featuring…a kazoo (check out the video below).

Things can happen in Seacrest Studios that don’t often happen in other places.  A moment like that took place when Evan and Austin asked a patient to sing.  Her version of “Somewhere Over The Rainbow” brought everyone to tears.